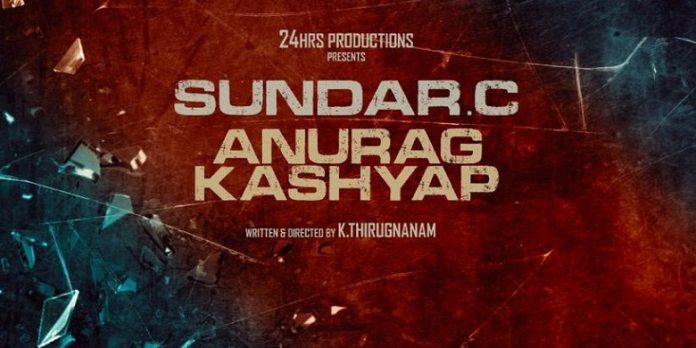 Probably the most attention-grabbing reveals for the Diwali season is the arrival of Sundar C’s twentieth performing venture, which was launched early within the yr as ‘One vs One’. The movie is now about to go on flooring, with Bollywood director-actor Anurag Kashyap set to affix the forged. This new movie is to be directed by Thirugnanam who made Paramapadham Vilayattu with Trisha earlier on.

Shoot for the movie will kick-start after the discharge of Sundar C’s directorial Espresso with Kaadhal, which is slated to launch on the 4th of November. The movie is ready to be launched by Purple Big Motion pictures, and is coming via together with Love As we speak and Nitham Oru Vaanam.